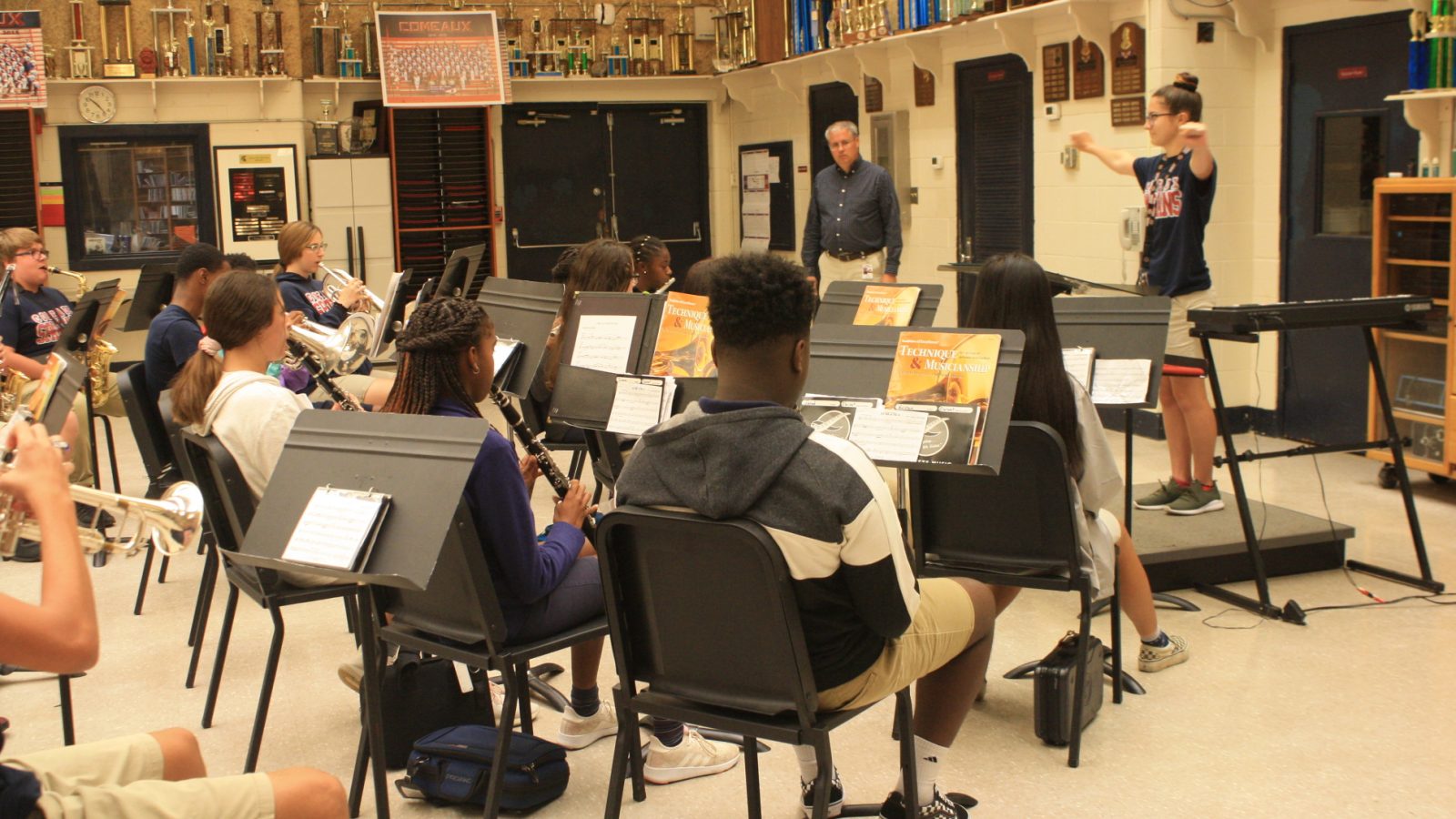 Scott Geiger was born in Lansing, MI, and attended Lansing Everett High School. Upon graduation he attended Michigan State University in East Lansing, MI, from which he received his bachelors degree in Music Education. While at MSU Mr. Geiger was a squad leader with the marching band, a section leader with the symphonic band, and member of both the Wind Symphony and Symphony Orchestra, as well as a soloist with the Percussion Ensemble. Outside of school, Mr. Geiger performed in the drum and bugle corps activity for seven years, his last three with the Bluecoats from Canton, OH.

Besides teaching numerous percussion groups during his college career, Mr. Geiger&#39;s first full time teaching position was in Rawlins, WY as the Rawlins High School and Rawlins Middle School Band Director. In 2000 he moved down to New Orleans, LA where he worked as the Associate Director of Bands at the Holy Cross School New Orleans. At the beginning of the 2004-05 school year he was employed as the Pepperell Middle School Band Director in Lindale, GA where he also assisted with the high school marching band. In 2007 Mr. Geiger found himself back in Louisiana working at Comeaux High School as the Associate Director of Bands. Upon the 2017-18 school year, Scott took over the position as Director of Bands.

Scott resides in Youngsville and is married to his lovely wife Katie, with their furry children: Boston, Ellie, and Gunner. He is an active member in SLBDA, MENC, and LMCGPC.